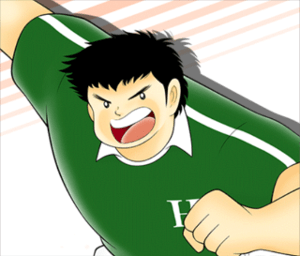 Yuichiro Daimaru, also known in Europe as Jonathan Stewing, is a japanese defensive midfielder that plays for Hanawa Middle School. He is a tall and strong player whose main mission in the team is to send high balls for the Tachibana twins (Masao and Kazuo).

Daimaru appears frecuently as a supporting character in the Hanawa route of the New Hero mode of the videogame Captain Tsubasa: Rise of New Champions.