Here you have links to detailed information about the different professional teams that have appeared in the manga series. Most of the japanese players that won the World Youth tournament became pros afterwards. However, Tsubasa became a pro before that, right after winning the Middle School tournament.

You can also check the full list of players of this timeline here. 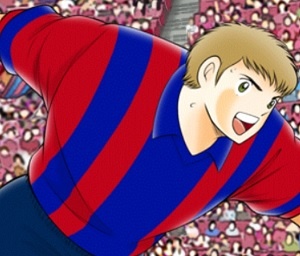