Barcelona B is the second team of FC Barcelona, which plays in Segunda Division, the second tier of spanish football. It consists mostly of very young players that could eventually get promoted to the first team. Tsubasa needs to score 10 goals and give away 10 assists in order to be called for the first team, and he does so in just three games. 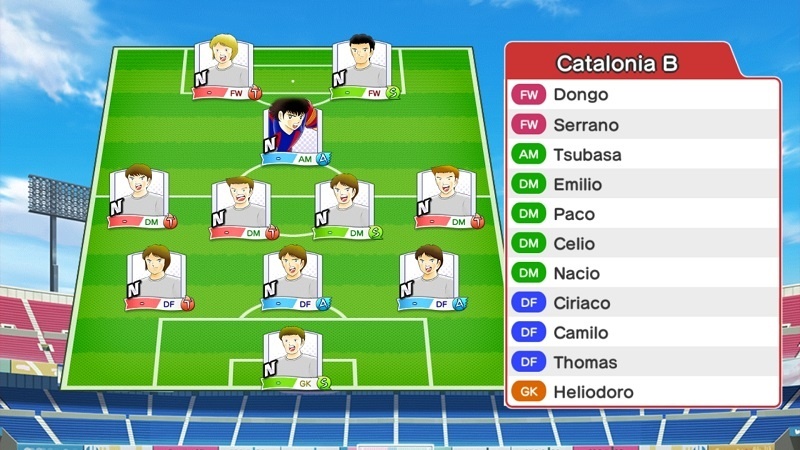