Parma Calcio is an italian professional team based in the city of Parma that appears in one game in Captain Tsubasa.

In his serie A debut, Hyuga (playing for Juve) confronts its powerful defense, led by real life inspired players Thoram (Thuram), Cannavaru (Cannavaro) and Buhon (Buffon). He loses this confrontation, being unable to score a goal before getting replaced in the 31st minute of the first half. 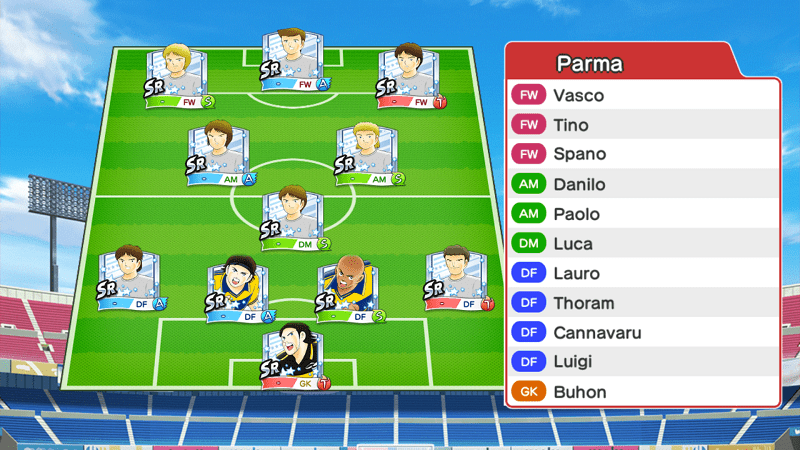