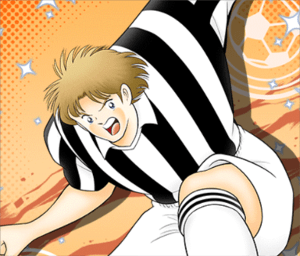 Salvatore Gentile is an italian defender who plays for Juventus FC. He was the captain of the primavera team, but was promoted to the first team the summer that Kojiro Hyuga joined Juventus. He also played for Italy at the World Youth International Tournament, where they lost against Japan in the group stage.

Gentile is considered to be one of the best young defenders in Europe. He can play as a libero, marking the other team’s best player and overlapping to attack when necessary. His trademark technique is the Right-Angle Defense, that he first uses to counter Shingo Aoi‘s dribbling.