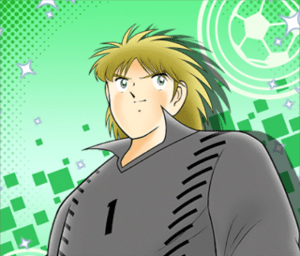 Salinas is a great brazilian goalkeeper, and the starter for the different Brazil teams (under 19 and olympic) in Captain Tsubasa.

Salinas is the goalkeeper with the best record of goals allowed per game in the World Youth Tournament, keeping his goal untouched until the final against Japan, where he receives three goals.