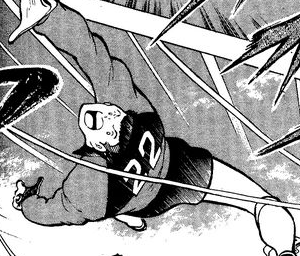 Kenta Sasaki is a japanese goalkeeper that was selected for the japanese training camp for the World Youth Tournament. Sasaki played in a friendly match against Real Japan 7, and allowed 12 goals in a little over an hour of playtime, making him the goally with the worst record in Captain Tsubasa. After this game he never appears in the manga series again.