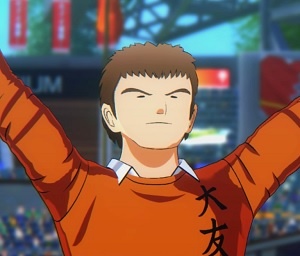 Isamu Ichijo, also known in occident as Simon Garrett, is a goalkeeper from the region that played for Otomo Middle School. He is one year younger than most of the japanese golden generation, like his teammate Shun Nitta.

Ichijo appears frecuently as a supporting character in the Otomo route of the New Hero mode of the videogame Captain Tsubasa: Rise of New Champions.