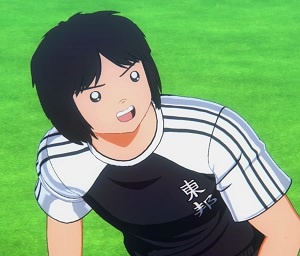 Hideto Koike, also known in occident as Nicolas Milton, is a midfielder that played for Toho Academy Middle School. He was invited to the japanese training camp for the International Junior Youth Tournament, but did not make the final cut.

Koike appears frecuently as a supporting character in the Toho route of the New Hero mode of the videogame Captain Tsubasa: Rise of New Champions.