After the National Middle School Final between Nankatsu and Toho, the top 24 players of the tournament were selected for the All Japan Junior team (under 15). Shun Nitta replaced the injured Tsubasa Ozora.

However, only 17 of these players made the final cut. The seven players that did not make the cut were: Masanori Kato and Kazumasa Oda (Furano); Hideto Koike (Toho); Tetsuo Ishida and Kazuto Takei (Minami); Noburo Sawaki and Hiromichi Hori (Meiwa).

Tsubasa, Misaki, Misugi and Wakabayahi joined the team during the European campaign. 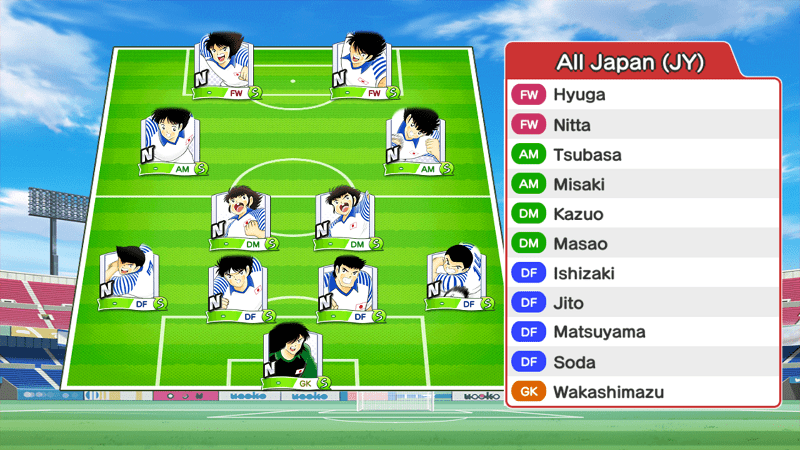