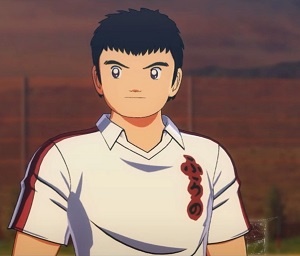 Takeshi Kondo, also known in occident as Jerry Cougar, is a defender from the region of Hokkaido that played for Furano Elementary School and Furano Middle School.

Kondo appears frecuently as a supporting character in the Furano route of the New Hero mode of the videogame Captain Tsubasa: Rise of New Champions.