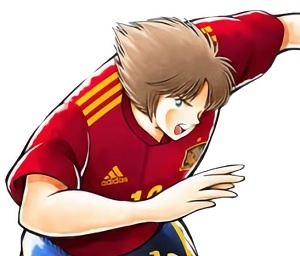 Raphael is a spanish midfielder who is friends with Michael since childhood. He eventually represents Spain in the Madrid Olympic Games, where he faces Japan in the semifinals.

Raphael began his professional football career playing for the second team of RCD Espanyol de Barcelona. From there he transfered to CE Sabadell, another team from Catalunya, where he played in the Spanish League second tier (Segunda División). Thanks to his good work he was signed by top flight club Numancia de Soria, participating in La Liga.