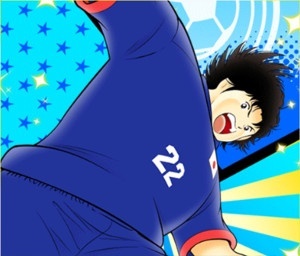 Yuji Soga is a japanese defender that plays professionally in Brazil, for CR Vasco da Gama. He excells at high balls thanks to his strength and jumping power, and therefore his trademark technique is the Jumping Header.

Soga was part of the Real Japan 11 team that later become known as Real Japan 7, with him being one of the four players that left the team before acting as sparrings for the Japan Under 19 national team. He was later called for the japanese olympic team, and although he was normally a subtitute player, he played often and with success.