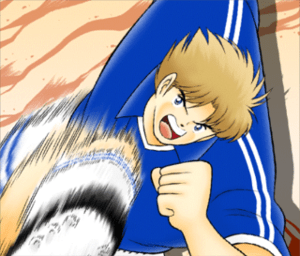 Zangief is an uzbek midfielder and the captain of the Uzbekistan Under 19 national team that played agains Japan during the Asian Qualifiers Tournament for the World Youth Tournament.

Zangief was selected for the World team that played against Japan Olympic in an exhibition game in the 25th anniversary one-shot special. He came in as a substitute in the second half.