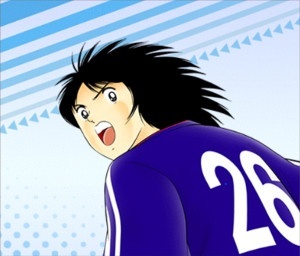 Kotaro Furukawa is a japanese midfielder that used to play for the japanese futsal national team. He forms the “Futsal Combi” with Shinnosuke Kazami.

Furukawa usually plays in one of the wings, and represented the Japan U-23 team during the qualifiers for the Olympic Games. However, he did not make it for the Olympic team that played in the Madrid Olympics. He was also part of the Real Japan 11 team that later become known as Real Japan 7, with him being one of the four players that left the team before acting as sparrings for the Japan Under 19 national team.