The dutch under 19 national team, more correctly named Netherlands, plays three friendly games against Japan in the one shot “The Strongest Opponent! Holland Youth”, winning the first two but losing badly in the last one.

For those games their best player and captain, Kluivoort, was unavailable. He did play later on in the loss against Japan at the semifinals of the World Youth Tournament. 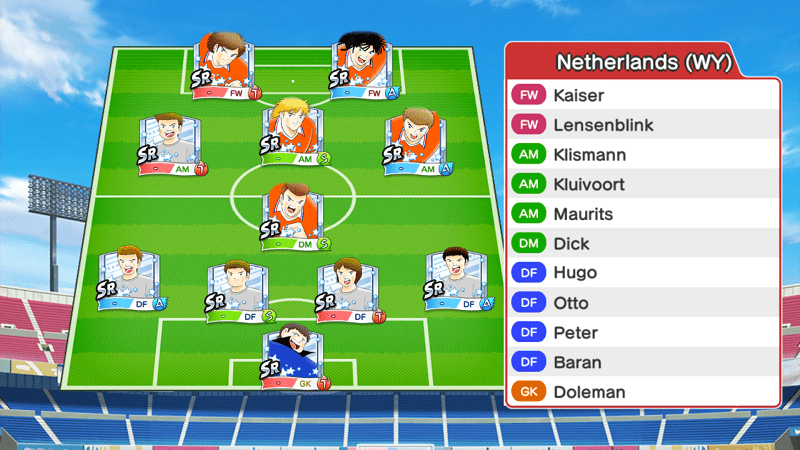