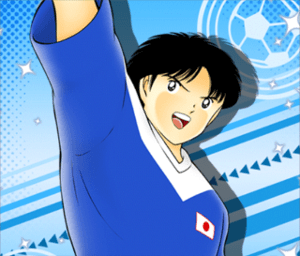 Nobuyuki Yumikura, also known in Europe as Jackson Adams, is the captain of Real Japan 7, a team that was created to help Japan under 19 qualify for the World Youth Tournament. He is a skilled attacking midfielder that can kick a drive shoot similar to Tsubasa‘s. He plays professionally for Tokyo Verdy, alongside Hajime Taki and Michel Yamada.

Yumikura and Hanji Urabe are the only members of Real Japan 7 that eventually manage to play for any of the japanese national teams. However he only does so once, playing for Japan under 23, coming off the bench in the friendly match against Denmark under 23.