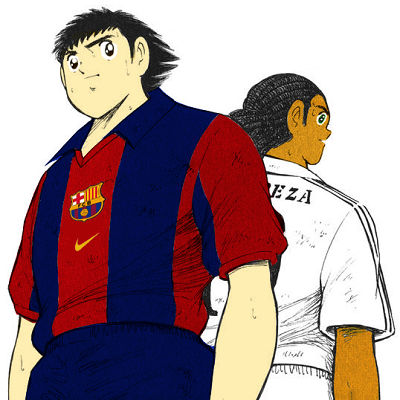 The final game of Road to 2002 is finally in Captain Tsubasa Stats. FC Barcelona played spanish rivals Real Madrid at the Nou Camp, for a great edition of El Clásico.

In this match, many real life inspired players such as Fago, Rail, Roberto Carolus, Marientos and Gati make their debut in Captain Tsubasa.

But the most relevant story of this game is the clash between Natureza and Tsubasa, after the short one they had at the World Youth final. In this confrontation each of them scored a hat-trick.