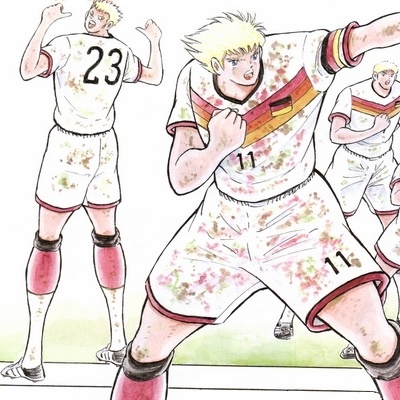 The first game of the Madrid Olympic Games men’s tournament matches the host nation (Spain) against Cameroon. The story then covers the group stage of the tournament, with the focus in Japan‘s group (C), but also showing glimpses of what happened in group D, where Brazil and Germany where placed.

As of today, only the first two matches of the knockout stage have taken place. They are the following quarterfinal games:

The match between our heroes and the german team was an incredible battle that went to the extra time. During the game twelve goals were scored, five players had to leave the pitch due to injury, and the referee booked six german players.

In the end, Tsubasa managed to lead Japan to the victory and the next round (semifinals), where they will face the powerhouse Spain.

Apart from the new data about the Olympic Games, we have added new information to our database:

This new information will be updated onto previous content over the next few weeks.

We hope that you enjoy Captain Tsubasa Stats and thank you for your support.